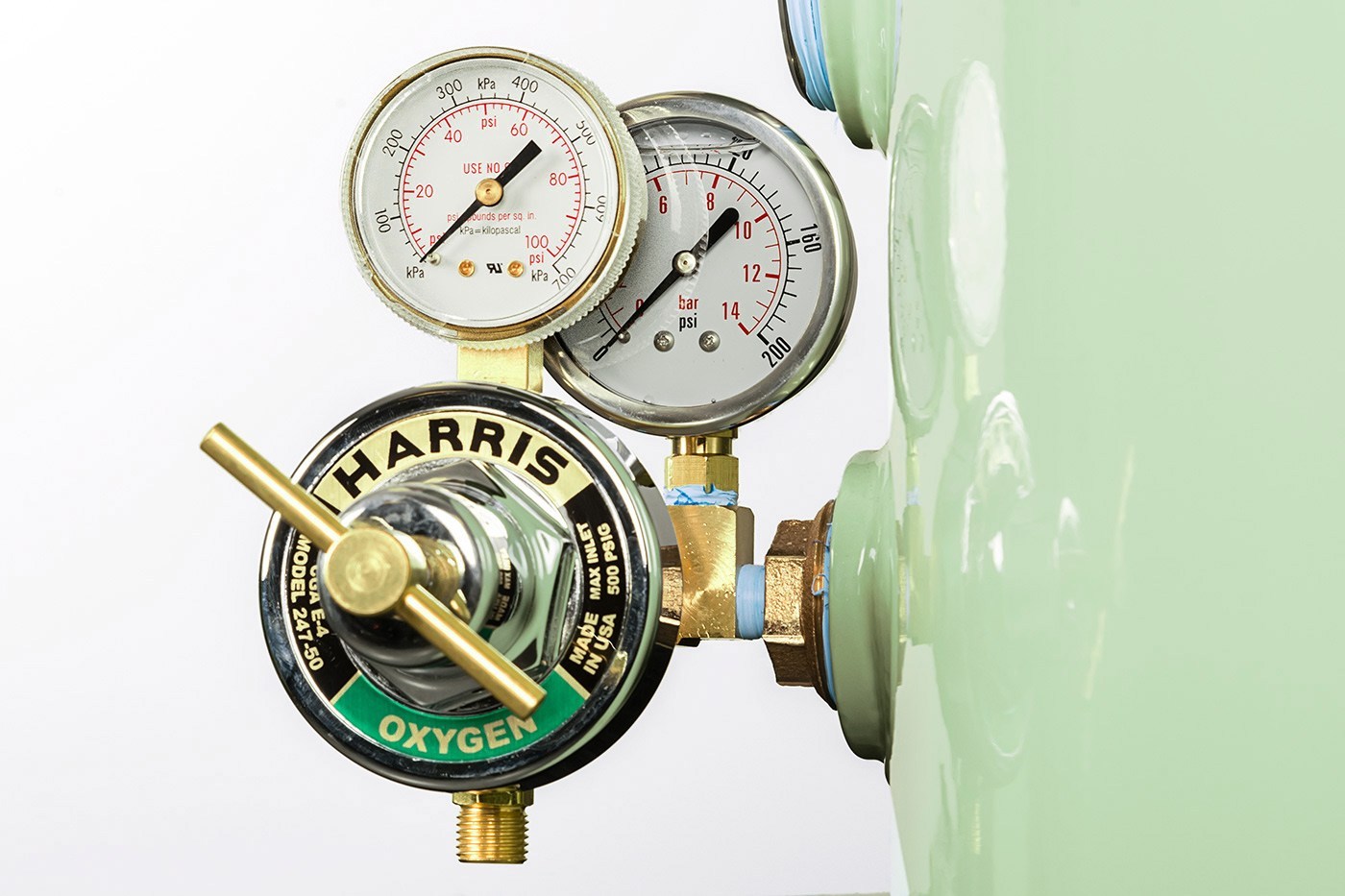 Why would you want to supplement your High Volume Oxygen System with compressed oxygen tanks?

When considering a High Volume Oxygen system to replace your dependence on compressed or liquid oxygen tanks, there are various considerations. One of the most important things to consider is your typical overall oxygen usage vs your peak oxygen usage (the highest volume of oxygen you might need during certain time periods). When making your initial investment, sometimes it makes more sense to plan for your typical oxygen usage and supplement with compressed oxygen for the rare occasions that your usage is much higher than normal (like for events or classes).

High Volume Oxygen sells a Backup Oxygen Supply Valve for just this purpose. The backup supply of oxygen will automatically deliver oxygen, if the HVO tank pressure drops below its normal regulator pressure.

In a glass studio, you may find you want to use a Backup Oxygen Supply Valve instead of investing in a larger HVO System that may be more than is needed for your average or typical usage. The HVO System is modular and expandable, so you could certainly invest in a large system to cover your peak usage. But if you only need the additional oxygen once or twice a year, it may make more fiscal sense to supplement during the periods of higher oxygen consumption.

Alternatively, if you can only invest in a smaller system initially, you can supplement with compressed oxygen until you are able to grow your system to cover all of your oxygen needs.

You may want to consider financing the full system that will keep up with you. North Star Leasing offers competitive solutions that help you spread the investment out over a longer period of time. You may be able to match your current oxygen budget while investing in your business.

In the above scenarios, you won’t completely eliminate your use of compressed oxygen tanks, but you will greatly reduce the amount of oxygen you are purchasing. If you end up going through more ktanks than expected, then you are likely ready to expand your High Volume Oxygen system.

The Backup Oxygen Supply Valve is a “T” that sits between a backup oxygen source, such as a compressed oxygen tank, and the HVO system. Each side requires a regulator, i.e. one for the HVO system and one for the backup supply, as shown in the diagram above.

On the backup supply side there’s a ball valve that enables the backup source to be turned off. On the HVO side there’s a check valve, a safety mechanism which ensures that the HVO tank won’t receive oxygen from the compressed tank. In the middle, there’s a “T” that connects to your oxygen-out line.

Categories: Glass, How To